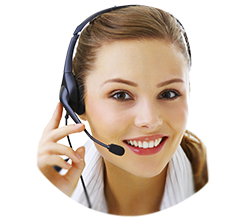 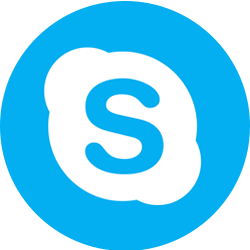 The Constitution of the Republic of Uzbekistan was adopted on December 8, 1992, by the 11th Session of the Supreme Council of the 12th convocation.

It is based on the provisions of UN documents, the Universal Declaration of Human Rights, and international public law. The Constitution consists of the preamble and six sections which include 26 chapters and 128 articles. The first section defines the major principles of the Constitution, the second section secures the fundamental rights, freedoms, and responsibilities of the people and citizens; the third section is devoted to the economic and social bedrock of the state; the fourth section determines the administrative, territorial and state structure; the fifth section defines the structure and functions of the government; the sixth section of the Constitution regulates the order of its amendment. It is necessary to note that 60 of the 128 articles are devoted to the legal status of Uzbekistan's people and citizens. This is clear evidence of the country's orientation, in which human beings are of great and principle value. In order to mark the adoption of the Constitution, December 8th was proclaimed as a public holiday - Constitution Day..

Government
Oliy Majlis
Parliament (Oliy Majlis) of the Republic of Uzbekistan consists of two Chambers: The Senate and The Legislative Chamber.

Senate is the Upper Chamber of territorial representation and consists of 100 members (senators). The Chairman of the Senate is Mr. Ilgizar Sobirov.

Members of the Senate are elected in equal quantity - six persons from each territorial entity (Republic of  Karakalpakstan, provinces and the City of Tashkent) by secret ballot at relevant Joint Sessions of deputies of Zhokarghy Kenes of the Republic of Karakalpakstan, representative bodies of state authority of provinces, districts, cities and towns among their deputies. Sixteen members of the Senate are appointed by the President of the Republic of Uzbekistan from the most respectable citizens with large practical experience and special merits in the sphere of science, art, literature, industry and other spheres of state and public activity.

The term of Senate’s office - 5 years. The Legislative Chamber consists of 120 Deputies elected by territorial constituencies on multiparty basis. The Speaker of the Chamber is Mrs. Dilorom Tashmukhamedova.

He performs as a guarantor of democracy and observer of the constitution, represents Uzbekistan in international relations, concludes and ensures the observance of signed international treaties and agreements, forms and manages the cabinet of executive power, signs the laws, is the Supreme Commander-in-Chief, etc. Upon the expiration of presidential term, the president becomes a member of the Constitutional Court for the term of his life. Islam Karimov is the first president of the Republic of Uzbekistan; he has been performing these duties since 1990. In December 2007, Islam Karimov was re-elected as the President of the Republic of Uzbekistan for a new term.

The building of the Cabinet of Ministers is situated on the Mustaqillik Square in the center of Tashkent.

Local Bodies of Power
The Councils of the People's Deputies and Khokims (governors), elected by the councils, constitute the basis of the government in the regions, districts and towns. The origins of Khokim's institution lie deep in the past. It is the traditional institution of power, which embodies the experience of development in national statehood. This institute of power is based on personal responsibility and meets the contemporary requirements for a strong government, which can resolve vital problems. The Khokim constitutes representative and executive power. That is why the institution of the Khokims was revived by the Constitution of independent Uzbekistan. The Khokims guarantee law and order, resolve the issues of economic and social development, form the local budget, etc. The Khokims of all the levels - regional, district, town, perform their functions based on the principle of undivided authority. This means that they are personally responsible for their decisions and the actions of the subordinate bodies. The initiative for the recommendation of regional Khokims belongs to the president of the Republic of Uzbekistan, whereas the regional Khokims recommend the Khokims of towns and districts.

Electoral System
The citizens of the Republic of Uzbekistan enjoy the right to vote and to be elected to representative bodies of power. Each constituent has one vote. Presidential elections, as well as the elections of the representative bodies of power, are carried out on the basis of universal, equal and direct suffrage by secret ballot. The citizens upon reaching the age of 18 enjoy electoral rights. Citizens who are recognized by the court as incapable and persons deprived of liberty cannot be elected or take part in the elections. A citizen of the Republic of Uzbekistan cannot be simultaneously a deputy in more than two representative bodies. The order of holding the elections is determined by the law.

Financial System
The Republic of Uzbekistan has its own financial and monetary-credit system. The state budget includes state budget, budget of the Republic of Karakalpakstan and local budgets. A single tax system exists in the territory of Uzbekistan. The right to determine taxes belongs to the Oliy Majlis.

The Central Bank is on top of the banking system in the Republic of Uzbekistan. The state actively utilizes budgetary and centralized credit resources for capital investments into priority-driven branches of industry and investment projects. Apart from a number of measures to create a favorable credit and tax policy within the framework of the budget, the state promotes the attraction of foreign investments via the target and purpose loan program. With the aim of accounting and customs payments, the Central Bank of the Republic of Uzbekistan determines the official exchange rate of foreign currencies against the Soum on a weekly basis.

Defense and Security
The fundamentals of the policy in this area are consolidated in the Military Doctrine adopted by the Oliy Majlis. The Doctrine is based on the following principles: renunciation of the use of force, or the threat of its use; ensuring of defense potential at a reasonable adequacy level; unswerving observance of the norms of international law and the execution of obligations to international agreements. According to the constitution of the Republic of Uzbekistan, its armed forces are not numerous but are mobile, well supplied with modern weaponry and military equipment, and are capable to independently and reliably guarantee the security of Uzbekistan. The president of the Republic of Uzbekistan is the Supreme Commander-in Chief. The National Security Council, under the chairmanship of the President, coordinates the work connected with the strengthening of the defense capabilities. In July, 1994 Uzbekistan joined NATO's program "Partnership for Peace", directed towards the creation of an extensive system of collective security and stability. 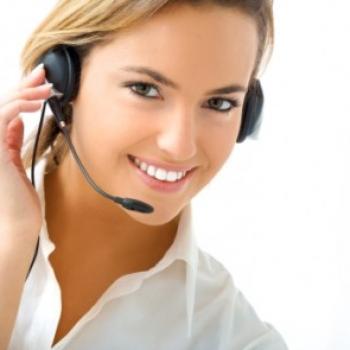